Cannabis in Colorado: The Highs and Lows of Amendment 64

Money Does Grow On Trees

Experts predicted millions in tax revenue, but when that number nearly hit one billion dollars for 2015 the whole country took notice. 24 states and DC have enacted laws to legalize medical marijuana and four states have legalized recreational use.

Not in My Backyard

The groundbreaking measure specifically left it up to individual towns and cities to decide whether marijuana businesses would be allowed. Towns like Colorado Springs have banned sales while smaller neighboring communities like Manitou Springs are reaping the benefits. The City of Longmont originally banned recreational sales but now is rethinking their approach while the City of Lafayette has recently extended Pot Shop hours from 7pm to 10pm.

It’s not all good news though. While Colorado State Patrol shows a decrease in total DUIs year-to-year statewide the percentage of DUIs specifically involving marijuana increased about 20 percent. However, since MJ DUI stats were not tracked before legalization it’s too early to draw conclusions.

The school-funding 15%  excise tax on wholesale marijuana transfers is earmarked for school construction projects. That revenue jumped from $13.3 million in 2014 to more than $35 million in 2015, according to the state.

The short answer is no. But, there is more to the story. Home values are on the rise. On a macro level, this is attributed to low-unemployment, limited new home inventory and more people moving into the state of Colorado. On a micro level, the cannabis industry has created jobs and agents are helping clients find homes where they can grow their own plants. One agent reported a deal falling through due to a dispensary being opened near the home, but it’s hardly a common problem as most dispensaries are not located in residential areas.

With only two years of data, it’s difficult to measure how legalization is affecting health costs, crime rates, and auto accidents. With no drastic changes in that time, chances are the short-term affects that many opponents feared have yet to materialize. If other states join Colorado in legalizing recreational use, we should prepare for the bump in taxes and tourism dollars to even out.

Be the first to know when a new home is listed. Sign up for Listings Alert. With the www.boulderhomesource.comteam, you'll have VIP access to listing details for Boulder County real estate listings and the surrounding areas. You'll be able to save your searches, bookmark your favorite homes and set up listing alerts.

- Boulder Home Source: It's a Lifestyle! 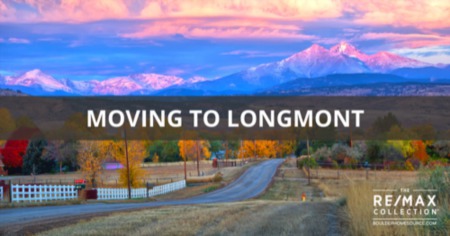 Moving to Longmont? Here Are 7 Reasons Why Locals Love Living in Longmont, CO