This is a premier educational region, but you may be interested in doing some research into which school might be the appropriate one for your family. The links below will bring you down the page to information about each school.

The Colorado Student Assessment Program began in 1997 and measures student performance in writing, reading, and mathematics. The state also tests fifth, eighth, and tenth graders in science. The test ranks achievement from one to four:

The marks and percentages noted below represent all the students at the elementary school that received a three or a four on the specific test.

Nestled into the base of the foothills and surrounded by majestic views of Boulder’s famous mountains, Bear Creek is a focus school specializing in developing cognitive connections between mathematics, science, and music. Focusing on literacy has allowed this elementary school to receive proficiency marks 90% or higher on the reading portions of the Colorado Student Assessment Program (CSAP), the standardized test used to assess performance levels at schools throughout the state. The faculty has collected an impressive amount of awards and recognitions, and their experience and expertise help build a learning environment that has been successful for years.

This school’s vision strives to create “a rich aesthetic environment in which... a holistic approach addresses the head, heart, and hand of each child.” Teachers at this K-5 school teach the same small group of students from first through third grade while another teacher takes over for the fourth and fifth grades. A different staff member instructs them during kindergarten. This approach develops close connections between teachers and students and their families, allowing the level of education to reach individualized levels unique to this philosophy. Students at this school consistently perform well above the state average for CSAP testing.

The principal of Columbine Elementary notes on her website, “Columbine is a unique school… We have numerous second language learners in our school. In 2000, we recognized that we had to change our methods and practices of instruction.” The school provides unique and rich opportunities for education in an excitingly diverse environment. Teachers teach students in class sizes of eighteen or less, and students receive intensive literacy instruction in smaller groups from 90 minutes to two hours each day. The school is a Family Resource School, a program that provides counseling services to low-income families with schoolchildren. The school notes on its website that the CSAP scores do not reflect the actual accomplishments of the students. Since non-native English speakers far outnumber native speakers, the rigid CSAP test does not reflect their scores. The school comments, “Children who are proficient in English [at Columbine] are performing at or above the District level. Second language learners are not yet proficient in English and therefore will not rank as proficient on…CSAP.”

An integrative, open-enrollment charter school, Community Montessori Elementary school is the only public Montessori school in the city. All the classes are multi-age, with preschool (three to six), lower elementary (six to nine), and upper elementary (nine to twelve). The school offers pre-kindergarten education for children for $393 a month for kids as young as three years-old (scholarships available) with no tuition charged for the elementary classes. The school emphasizes developing a close relationship between teacher and students while utilizing a “child-centered, individualized approach based on respect for self, others and the environment.” The students consistently perform very well on CSAP tests; however, the third grade writing score dropped from 92% proficient to 61% from 2005 to 2006.

This relatively new elementary school boasts international diversity as its flagship quality, and the school’s website reports that students and faculty speak 25 different languages. Small class sizes encourage a more interactive learning environment, and teachers individualize reading skills by teaching literacy daily in groups of three to five students. The school employs two full-time English as Second Language (ESL) teachers, two literacy teachers, and translators to assist the Spanish-speaking students with mathematics. The school is a Family Resource School, a program that provides counseling services to low-income families with schoolchildren. In part because of school’s location in south-central Boulder, the school has developed a very close relationship to the University of Colorado, and five teachers at Creekside currently are studying at CU to get their Master’s degree in ESL. The difficulties inherent in teaching students with such diverse native language backgrounds cause Creekside Elementary to consistently score well below the state average in all categories on CSAP testing.

This school presents a curriculum emphasizing problem solving and mediation in addition to the standard academic subjects. There is a 1.3-acre “reclaimed prairie swale” just outside the school referred to as “The Habitat” that allows for interactive, real-world study of natural Colorado ecology. To allow access into the area, there is a bridge and an 80-seat amphitheater to accommodate up to several classes. The school is a Family Resource School, a program that provides counseling services to low-income families with schoolchildren. Crestview also boasts special needs support programs including special education, English as a Second Language, a Talented and Gifted program, and a Peer Mediation program. Crestview has routinely scored above the state average in CSAP testing, which has merited the school with several recognitions from the state.

This high-performance school features a multitude of programs designed to maximize student ability in all areas including fitness, arts, academics, and social skills. To accomplish these goals, Douglass provides students with a Talented and Gifted program, a computer lab to teach technological proficiency, and an experienced faculty. Douglass Elementary school enthusiastically volunteer and involve themselves with the goings-on of the school. Principal Kelley King has worked at Douglass for seven years and has 20 years of experience in education. The teachers each average of 16 years of classroom experience, and their knowledge has translated into exceptional standardized test scores.

The school’s vision is to “Liberate the Human Potential,” and the educated faculty (69% with a Master’s degree or higher) strives to “see each student reach his or her greatest potential through hard work, fun, perseverance, and real accomplishment.” The school bustles with activity, offering chess club, choir, computer club, English as a second language, an ice cream social, a talent show, and a book fair in addition to many others. The school has open enrollment that allows for families from all over the area to send their children to learn in this exciting environment. The school scores very well on standardized test scores and maintains a high, consistent educational standard.

This small school serves the university hill neighborhood in Boulder and involves a large number of volunteers ranging from motivated parents and community members to university participants in the CU Adopt-a-School program. These volunteers, numbering over 90 according to the school’s website, “help teachers differentiate their instruction by using small, flexible group instruction.” The school focuses on literacy and math, and the school provides extracurricular activities such as Math Olympiads, chess club, and a science fair. The school performs relatively well on CSAPS, but the third and fourth grades scored notably low on the writing exam, although still above state averages. The fifth-graders passed all tests with high marks.

Located in North Boulder, Foothill Elementary focuses on open communication between the school and parents, offering orientations, brochures, and an informative website for new arrivals. These tactics seem to attract parents from all over the city, as about 25% of the students are open-enrolled according to the school’s website. During the first week of school, kids bring home a “Student Parent Handbook” which contains a plethora of information about school policies. The 23-page book is also online at the school’s website. Foothills is a high-achieving school that has won recognition from the state for performance on CSAP tests.

This school’s motto is “Heatherwood has Heart,” and the school fosters a strong sense of community by involving parents in many steps of the education process. The school’s vision is to create responsible student who “will be adept at discerning options and applying strategies, which give him/her ownership of the learning process.” This is yet another of Boulder’s consistently high-performing schools, with third, fourth, and fifth-graders all scoring very well on CSAP tests. The state labeled this school “excellent” for the 2004-2005 school year.

The Core Knowledge Institute, a non-profit independent organization started by a University of Virginia professor in 1986, recognizes this school as a “Friends of Core Knowledge School.” While High Peaks is the only school in Colorado to implement the Core Knowledge Curriculum, the Foundation only requires a written commitment from the school saying that they intend on implanting any portion of the curriculum in the future. The core knowledge is not the main academic focus of the school, which explains on its BVSD profile page that “teachers provide instruction in the Core Knowledge (CK) content along with the Boulder Valley curriculum. The CK sequence complements the Boulder Valley curriculum,” instead of replacing it. The curriculum has produced students that score extremely high on CSAP tests with each grade level scoring progressively higher than the last.

Located within walking distance of Boulder’s open space, this school calls itself a “Triple-A” school for balancing academics, the arts, and athletics, and this distinction won the school the prestigious Kennedy Center Schools of Distinction Award for arts education. Students study famous painters by grade level, starting in kindergarten with artists likeHenri Rousseau and ending third grade with Frederick Remmington. The school also takes fourth and fifth-graders on outdoor education field trips to the mountain areas surrounding Boulder that provide students with interactive, real-life science lessons. The Department of Education has given this school an “excellent” rating for several years in a row for high achievement on CSAP tests.

The school’s location right across the street from the University of Colorado provides the schools with academic resources not readily available to other schools in the city. The school’s goal is to provide a complete elementary education while developing literacy and fluency in both English and Spanish, a program officially titled “Two-Way Bilingual Immersion.” The students first develop proficiency in their native language then begin to learn the second language. Eventually, teachers use both languages to teach core subjects. The school is a Family Resource School – a school working with the city of Boulder to reach out to “traditionally underserved” populations with a variety of programs including after school care, health and wellness programs, counseling, adult education, and citizenship and immigration assistance. Since 48% of the school’s students are non-English speakers, the school generally does poorly on the English-only CSAP test, but in 2005 100% of third-graders scored “proficient” on the reading section of the CSAP. The Boulder Valley School District makes test data for “English Language Learners” and Spanish-language tests available here.

Whittier has the distinction of being to the only elementary school in the district authorized as an International Baccalaureate Primary Years Program (IB/PYP). This program, part of an international education method, focuses on international perspective, inquiry-based learning, offering a world language, creativity, action, and service. The school strives to teach subjects not as one individual topic but as “transdisciplinary curriculum.” These questions are:

Whittier is also an international school that is part of the Family Resource School program in partnership with the city of Boulder. The school has students from 29 countries speaking 19 different languages, and the school’s diversity attracts open-enrollment students from driving the school to create waiting lists for several grades. All students learn Spanish as part of the IB/PYP program. The school’s CSAP test scores seem to vary from year to year, but the results are never especially noteworthy – most likely a reflection on the high number of non-native English speakers at the school. 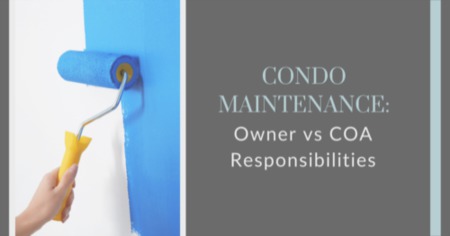